PALOS VERDES, CA – Who’s fault is it anyway? The question reverberates in countless legal disputes. In the realm of liquidated damages, an owner’s delay has traditionally been recognized as a reasonable contractor defense.

In recent years, that tradition has gradually eroded, fueled by contractual provisions designed to prevent contractors from raising owner-caused (or owner’s concurrent) delay as a defense against the assessment of liquidated damages. 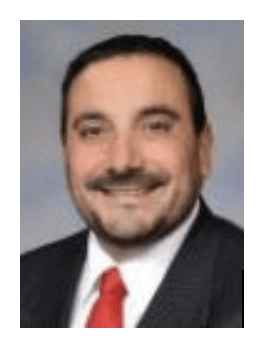 “Let’s say it’s a 10-day project, and it actually takes 20, and the owner is responsible for most of the delay,” says Christopher Brasco, senior partner, Watt, Tieder, Hoffar & Fitzgerald, LLP, and a panelist on Damages Without A Cause, an educational session at the Construction Super Conference (CSC). “Now let’s say the contractor sleeps on provisions that say you must, after each day, request time extensions if the other party is at fault.”

From the contractor’s position, what can be done? When CSC convenes Dec 16-18, 2019, at the Terranea Resort in Palos Verdes, Calif., Brasco and colleagues will discuss the legal principles related to enforcement of liquidated damages (LD) provisions, including the law’s evolving approach to apportioning LD assessments.

CSC: News Print sat down with Chris Brasco and Matt Baker (also an attorney at Watt Tieder) to get a glimpse of Damages Without A Cause, a panel discussion (see below for full list of panelists) scheduled for Monday, Dec. 16, from 4:00 p.m. – 5:15 p.m. at CSC.

News Print: What’s the brief history of liquidated damages (LDs)?
Brasco: We will have a slide in our CSC presentation that looks at the history of LDs in the United States. Originally, the idea of LDs was frowned upon by the courts. Ultimately they allowed it, but within certain very particular confines, and LDs had to be both a strong prospective estimate of damages that were likely to be incurred, and they had to be damages which would be difficult to otherwise prove if a dispute occurred. So LDs were grudgingly allowed in the U.S. if those two criteria were met.

News Print: When did things start to change?
Brasco: Initially, courts were reluctant to apportion delay and would not award LDs if the owner was in any way responsible for a delay. Things began to change in terms of the apportionment of LDs because the technology and scheduling got so much more sophisticated. The evolution of project scheduling, including the adoption of P3 / P6 provided a clearer picture as to how to apportion responsibility for delay. As such technology became widely used, the law evolved a bit. Originally, courts held under the Rule Against Apportionment that if owners were responsible for delay, it was unfair for owners to get LDs in circumstances where they caused delay. Then, under the Rule of Clear Apportionment, the courts said we will allow LDs to be apportioned because of the science that now permits delay analysis.

Matt and I thought this was important because it shows the law followed a consistent intellectual thread, and that was causation. Owners would only get damages in the instances where they did not cause damages. 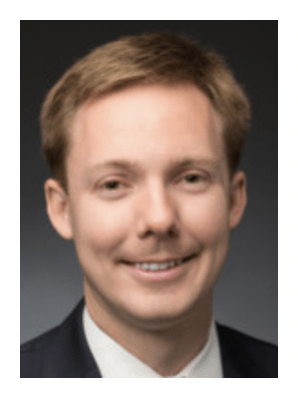 Matt Baker: Over the last 100 years, the development of the law of LDs has closely tracked principles of causation, and as our ability to better analyze the cause of project delay has improved, the law has adapted to permit recovery of LDs where delay is capable of being clearly apportioned. Until recently, the law had consistently followed principles of causation in regards to the assessment of LDs. However, recently some courts have shown a willingness to rely on contractual provisions to preclude contractors from raising concurrent delay as a defense to the assessment of LDs, thus, avoiding the complexities of performing schedule analysis.

News Print: What are courts relying on to determine whether contractors can assert concurrent delay as a defense to LDs?
Brasco: It seems that certain courts now rely on provisions in the contract that require contractors to submit time extension requests throughout the duration of the job—or time extension requests with a claim for compensable delay to preserve not just affirmative claims but their defense to the assessment of LDs. This is what we take issue with.

News Print: What’s a scenario where these issues would come to the forefront?
Brasco: Let’s say it’s a 10-day project, and it actually takes 20 days, and the owner is responsible for most of the delay. There have been myriad mistakes by the owner doubling the duration. Now let’s say the contractor sleeps on provisions that say you must, after each day, request time extensions if the other party is at fault.

You get to the end of the project, nobody said anything, and the owner asks for LDs for the extended duration, and they go to court and the court upholds the owner’s argument that it was due on day 10; it didn’t get done until day 20. The contractor says it’s the owner’s fault, and the court says, “Well you didn’t submit your time extension requests. You haven’t followed this clause.” So the owner gets this windfall for damages that the owner caused. At that point, it turns the whole body of case law, the whole jurisprudence underlying LDs, on its head.

The Session – At a Glance

Damages Without A Cause: Liquidated Damages Are A Penalty When Contractors Are Not Allowed to Raise Owner Delay as a Defense