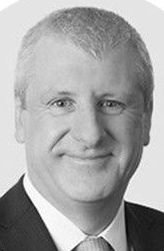 MONTREAL – SNC-Lavalin Group Inc.’s Board of Directors has appointed Ian L. Edwards as president and CEO of the company. Edwards was previously appointed as SNC-Lavalin’s Interim president and CEO on June 11, 2019. Since that time, Edwards has actively consulted with investors representing the majority of SNC-Lavalin’s shareholder base, and undertaken a comprehensive strategic review of the business, which resulted in the July 22, 2019 decision to exit lump-sum turnkey contracting. The Company was reorganized into two separate lines of business, SNCL Engineering Services and SNCL Projects.
“Over the course of recent months, Mr. Edwards has acted swiftly and decisively to develop a forward-looking approach and new strategic direction for the Company that draws on his decades of experience delivering complex engineering projects to clients around the world, input from senior leaders, and shareholder considerations,” said Kevin Lynch, chairman of SNC-Lavalin’s Board of Directors. “SNC-Lavalin now has a clear path forward that is grounded in delivering results, and strategically focused on sustainable growth.”
Economic Forecasts•Ethics and Compliance•Infrastructure and Transportation•Insurance and Surety•Latest News•Litigation Strategies/Dispute Resolution•News•Risk & Contract Management•Workforce and Labor