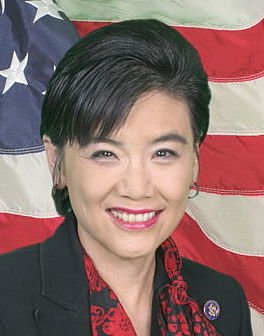 WASHINGTON, DC — U.S. Representative Judy Chu (D-Calif) is proposing a bill to mandate water, shade, and rest periods during hot weather. Dubbed the Asuncion Valdivia Heat Illness and Fatality Prevention Act, the bill is aimed at “workers who labor in hot conditions, risking illness or death from heat stress.” Currently, there is no similar federal standard. According to a press release from Chu’s office: Under this bill, the Occupational Safety and Health Administration (OSHA) will be required, for the first time ever, to establish a federal requirement that workers in high heat environments – whether indoors or outdoors – have paid breaks in cool spaces, access to water, and limitations on how long they can be exposed to heat. It will also direct employers to provide training for their employees on the risk factors that can lead to heat illness, and guidance on the proper procedures for responding to symptoms. Rep. Chu issued the following statement: “Every day, workers around the country, whether on a farm or in a warehouse, work in 100 degree temperatures or more just to feed their own families and the country. But that exposure to high heat puts workers at risk of heat stroke or heat exhaustion. Even in just a single eight to ten hour shift, a worker can fall into a coma and die. According to a 2015 study by OSHA, exposure to heat led to 37 work-related deaths and 2,830 nonfatal occupation injuries and illnesses. And it’s only expected to get worse.”
Efficiency Legislation Targets Buildings, Industry, and Federal Government
WASHINGTON, DC – According to a report in Construction Dive, A bipartisan group of senators last week introduced legislation “to strengthen national model building codes to make new homes and commercial buildings more energy efficient.” Efficiency advocates say the bill could strengthen the U.S. economy while also reducing greenhouse gas emissions. Construction Dive confirms that The National Association of Home Builders (NAHB) “opposes the legislation’s proposed model building code changes as overly costly and aggressive energy efficiency requirements, though the group said it supports efficiency.”
Uncategorized