A Peek at the Future On Day Two of CSC

A Peek at the Future On Day Two of CSC

PALOS VERDES, CA – Construction Super Conference (CSC) Keynote speaker Alec Ross kicked off day two with a morning presentation outlining global technology trends that could shape the next decade. “A lot of the science fiction from the 1970s will be the reality of the 2020s,” said Ross, an author and professor, during his keynote address on Tuesday, Dec. 17, at the Terranea Resort in Palos Verdes, California.

Zeroing in on construction, a $12 trillion industry that accounts for about 13% of global GDP, Ross described his recent investment in a company (Doxel) designed to provide owners with “x-ray vision into progress” on construction sites. 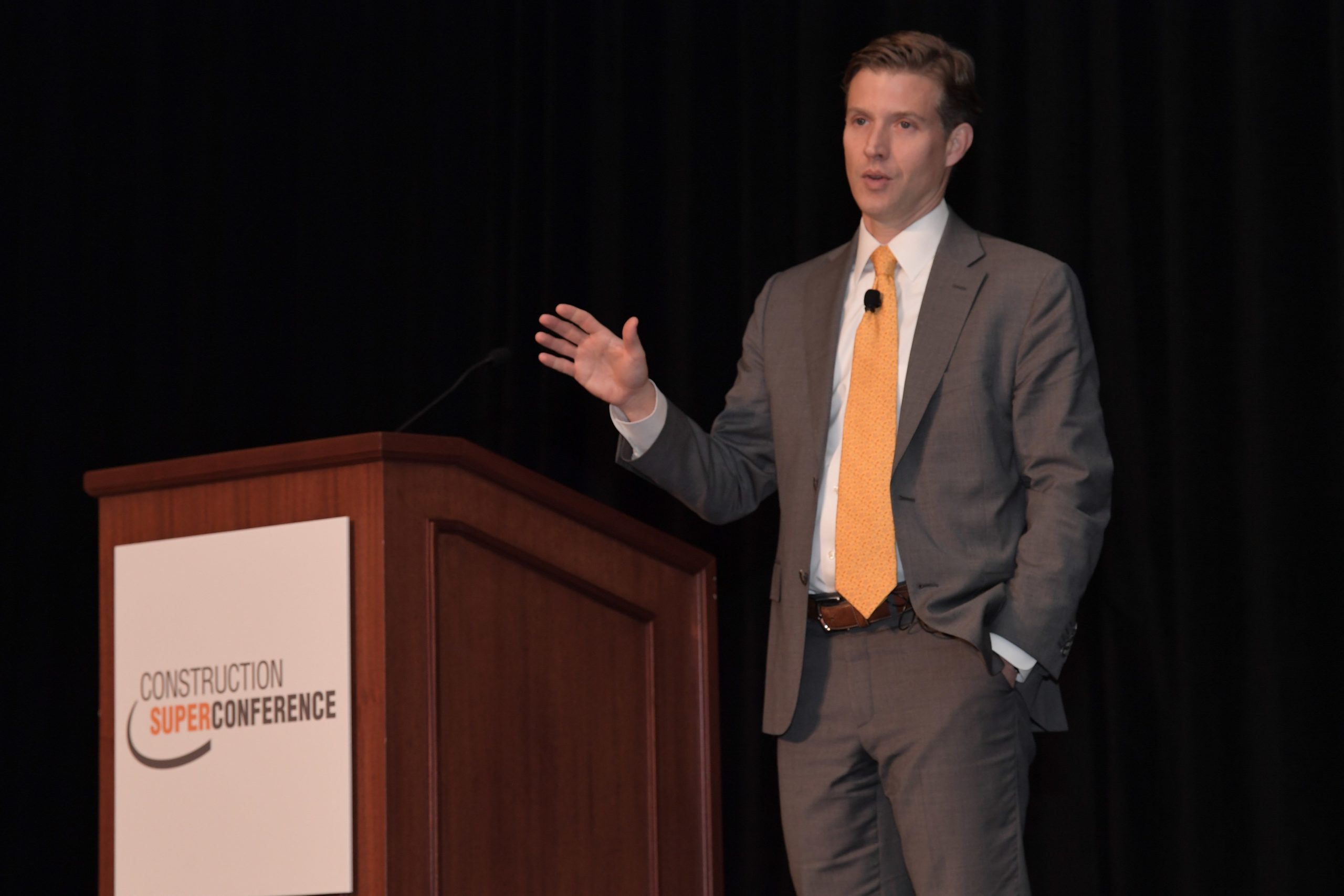 “The technology leverages a combination of terrestrial robots and drones that walk around and fly around construction sites and use HD and laser imagery to give spectacular levels of analytics to the people back at HQ,” Ross said. “Why is something over budget? Why is something behind schedule? And whose fault is it?”

The new tech is a paradigm shift from the old scenario where somebody “gets on a plane, puts on the hard hat, and tries to figure out why we are bleeding out on the cost side and why are we lagging?” With Doxel and other companies, Ross explains that, “owners and construction managers can get analytics at their desk…It allows you to see whether a crew is lagging behind, and not just over the last couple of weeks, but in real time.” Eventually, he says, it will lead to increased productivity.

Ross sees the inevitable increase in automation, at least in part, as an opportunity. “Last year, 71% of all labor in the 30 largest markets in the world was done by humans,” Ross said. “In 2022, that number is going to go from 71% to 58%. In 2025, it’s projected to be the first year when more labor is done by machines than humans. The wrong conclusion is to presume that means less jobs. The amount of labor in the world is not fixed. These tools will enable more productivity and output, but over time more jobs will be gained.”

For those who engage in the day-to-day grind of building and litigating within the vast construction landscape, Ross offered keen insights on what changes may be on the horizon. CSC sat down with Ross earlier this year for a Q&A. Click Here to get a better understanding of Ross’s thinking.

About Keynote Speaker Alec Ross
Alec Ross is one of America’s leading experts on innovation. He has been an entrepreneur, served for four years as senior advisor for Innovation to the Secretary of State, and advised President Obama on the intersection of technology and geopolitics during his first presidential campaign. Ross is the author of the New York Times bestseller The Industries of the Future. Recent recognitions include being named one of the “Top 100 Global Thinkers” by Foreign Policy magazine, receiving the U.S. Department of State “Distinguished Honor” Award, the Oxford University “Internet & Society” Award, and the TriBeCa Film Festival “Book of the Year” Award.