PALOS VERDES, CA – Considering that employees with substance abuse issues account for up to 50% of all accidents on the job site, drugs are a big problem in the construction industry. A panel on day two of CSC tackled the conundrum during Managing the Use and Abuse of Prescription Drugs and Medical and Recreational Marijuana in Your Workplace at the Terranea Resort in Palos Verdes, California. 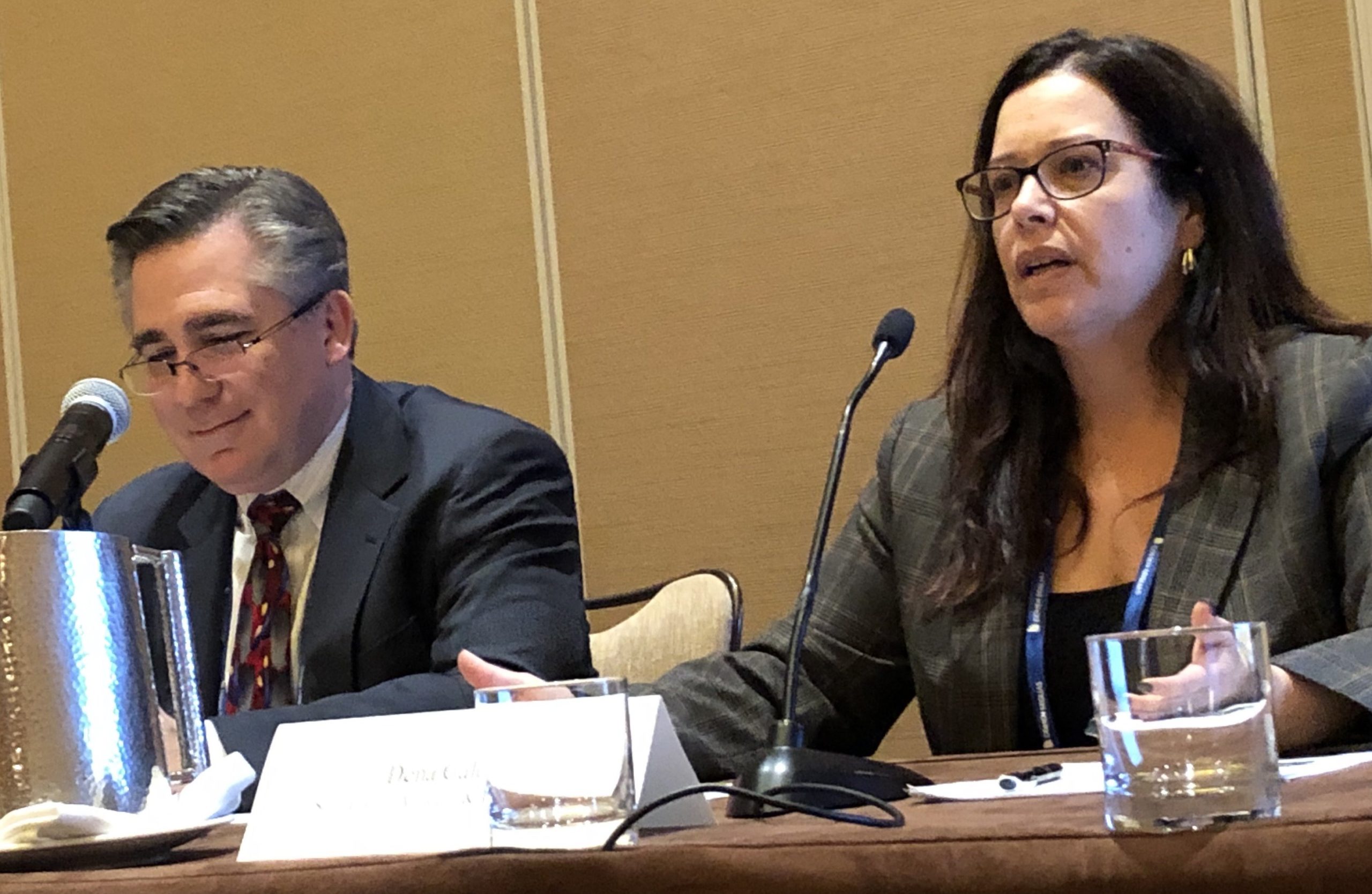 In this case, the Massachusetts Supreme Judicial Court found that allowing off-site use of medical marijuana, despite an employer’s drug-free workplace policy, may be a reasonable accommodation under MA disability discrimination law, if it is not an undue hardship on the employer’s business. “At a minimum, the employers had an obligation to engage in an interactive process,” Zarian said.

Dena Calo (pictured), attorney with Saul Ewing Arnstein & Lehr LLP, added that the courts are finding ways for employees to be protected via implied rights of action, but all the statutes “are saying that impairment at work does not have to be accommodated.”

“The cannabis trends have been a moving target over the last five years,” Calo says. “The trend in the law is just because it’s illegal under federal law does not mean we can disregard state laws that compel us to accommodate disabilities.”

Calo, Zarian, and Leanne Rodgers (Parsons’) agreed that knowledge of state law is crucial, pointing out that:
• some states prohibit discrimination against employees and applicants based on their status as medical marijuana users;
• Some state laws carve out exemptions for employers, authorizing prohibitions against use on premises and on-the-job intoxication; and
• because most medical marijuana laws are relatively new, only a few states have had an opportunity for judicial interpretation, meaning there is little guidance on the medical marijuana laws.