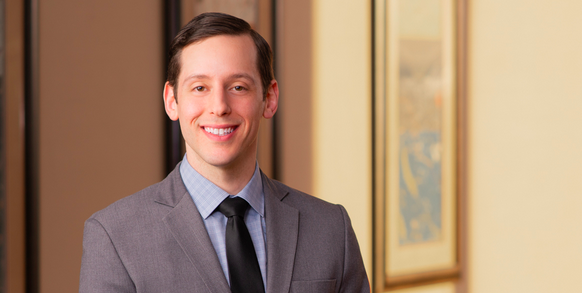 Design/Build – Owners Just Don’t Get It

Design/Build – Owners Just Don’t Get It

ORLANDO, FL – With involvement in about 30 to 40 major design-build projects that had issues, we have developed some perspectives on this procurement process. Generally, Owners may not understand the nuances of design-build, and the significant differences it presents in procurement (as compared to a typical design-bid-build approach). These same principles apply, moreover, if using design-build’s other name: engineer-procure-construct (EPC).

Many times, Owners end up under the impression that design-build is a panacea akin to “no change order procurement.” There is no doubt that the engineer on the other side of the fence appreciates the now-different consequences to design issues that arise once the design-build project goes “hard dollar” and the design was already given to the contractor. Indeed, I have yet to come across an Owner who truly understands the dynamic change of going hard dollar and how to face a “design-dilemma” when utilizing the design-build process. Indeed, it takes a much savvier Owner to successfully navigate this procurement method.

I. Going Hard Dollar
There comes a point on a design-build project where the Owner and the Design-Builder sign a contract where the Design-Builder agrees to perform the work for a certain dollar amount. This can be referred to as “going hard dollar.” This is the ultimate “hand-shake” and the proverbial “meeting of the minds.”

Owners typically do not understand how much control they give up at that point as it relates to the final nature of the project. It is at that point the project is in the hands of the Design-Builder. One concern I encounter is where the Owner may have a different understanding of the scope of work than the Design-Builder, which arises after going hard-dollar but the Owner did not clearly and/or appropriately communicate their wants and needs to the Design-Builder. Another concern I frequently encounter occurs when the Owner, after going hard-dollar, decides it wants changes but does not appreciate the financial impacts associated with those changes.

II. The Owner’s Design Dilemma
A starting point for every Owner is the need to determine the scope of the work to be performed. While many times this can and is done through the use of a Scope Book, wherein the Owner tells the Design-Builder what they want performed, there normally is some modicum of design. The Scope Book, therefore, has its own set of issues. It is used by the Design-Builder to determine what needs to be designed and the parameters of construction. The first part of the design dilemma is when an Owner does not properly spelled out its intent, wants and needs in the Scope Book or supporting level of design. This will ultimately lead to the Design-Builder seeking a change order.

The issue is that most Owners’ projects cannot be sufficiently planned or detailed to truly state in the Scope Book or partial design what is really desired until the project is underway. This leads to the inevitable issue of the Owner asserting an all too common refrain to the Design-Builder that “you should have known that is what I meant” or “you should have known what I needed.” This inevitably degrades into a dispute over the doctrine of contra preforendum. Stated differently, it is the Owner’s responsibility to plainly state what it needs. This is because if there is ambiguity and the Design-Builder has a reasonable interpretation of what is called for in the Scope Book/partial design, then the Owner loses. This legal burden is on the Owner to detail its needs, but this responsibility is seldom appreciated by Owners.

As noted, it is common that, as part of the bid documents for a design-build project, an Owner will also have some early design work done by a designer of their choosing. I have seen projects where the Owner started out with as little as 4 sheets of plans. More typically, though, are situations where an Owner goes further into the design process, even as far as “30% Design Drawings.” Then, the Owner seeks to have a Design-Builder bid on completing the design and constructing the project. But whether 4 sheets or 30% Design Drawings, they nonetheless can present a liability.

Further, an advantage for an Owner to use design-build is to give Design-Builder teams the ability to use their ingenuity and creativity in developing design concepts. The more design that is performed by the Owner the more it undercut the ability to utilize this advantage. Experience has shown that Owners do not typically appreciate this give-and-take design dilemma of how much design work an Owner does prior to awarding a contract to a Design-Builder. The less design that the Owner does, the greater the chances that there will be a need for scope changes in order for the Owner to get what they truly want and need. However, the more design that the Owner does could better define work scope, but simultaneously it can decrease the benefit that the Owner gets from shifting design responsibilities to the Design-Builder (as the Owner remains responsible for design errors in furnished plans and can hinder ingenuity). This results in a tenuous balance to make sure the project is properly defined while not unwittingly taking on design risk or undermining the Design-Builder’s ingenuity.

For example, on one project a Design-Builder’s engineer misinterpreted the Owner’s criteria for the forces a bridge pier had to withstand in the event of a marine collision. That engineer wrongly calculated the force based on the Owner’s stated collision design requirements. This initially led to an issue between the Design-Builder and its engineer, for which the designer’s errors and omissions policy would be responsible for payment to the contractor. Then, given that prior error, the engineer retained a leading bridge collision consultant. When it did, the bridge collision consultant advised that the Owner’s original collision criteria was improper; it did not meet necessary standards.

The bridge collision consultant gave the proper criteria. This latter change meant that the bridge pier design that was already increased in size/magnitude to accommodate the first error would now have to be significantly larger. Ultimately, while the Design-Builder was responsible for the first error caused by its engineer, the Owner was responsible for the latter error due to wrong criteria in the initial materials given to the Design-Build. Due to this, the project went downhill, leading to a mutually agreed upon termination for convenience.

The above example is unfortunately not a rare occurrence; where the Owner is responsible given the Scope Book or early drawings being inadequate or having errors.

Thus, the common situations of dispute arise where the Owner does not sufficiently detail their needs, or, during the course of the work, the Owner makes scope changes to add what they truly want/need. This will inevitably lead to demands for additional compensation.

That said, design-build can be an effective procurement system if managed correctly, with risks properly shared, rather than all risks shoved down to the contractor and designer. It shifts the burden and responsibilities for the majority of design to the Design-Builder and its design team. This has significant benefits in terms of project success, creative ingenuity and financial mitigation. It also can be a more timely method of construction, and can lead to economic growth, generally, by getting further projects off and running. To reap these significant benefits, however, all parties – including the Owners – need to go into design-build arrangements with a better understanding of their roles and responsibilities, and to better provide clarity as to expectations and project requirements (without limiting ingenuity or overstepping into the Design-Builder’s responsibilities).