WASHINGTON, D.C. – Executive Order 14042 has been under scrutiny since the day it was issued by the Biden Administration on Sept. 9, 2021. As a reminder, the order required federal contractors to be vaccinated against COVID-19. Since that time, the mandate has been modified and partially restricted by court rulings.

The latest came earlier this month from the Safer Federal Workforce website in the form of a missive that states: “The Federal Government will take no action to implement or enforce Executive Order 14042.” The move is not entirely a surprise, and construction law attorneys such as Carol A. Sigmond (pictured), partner at Greenspoon Marder LLP, New York, N.Y., have tracked the legal fallout over the last few months. 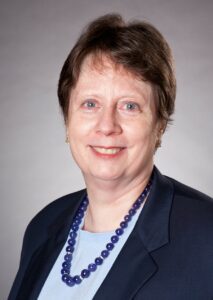 Third Thursday sat down with Sigmond to get some historical perspective on the original Executive Order. From her office in the IBM Building on Madison Avenue, Sigmond reacted to the latest missive, while offering predictions about next steps and pondering lessons learned.

Third Thursday: What did you think of the Safer Federal Workforce’s statement that the federal government would now take no action to implement or enforce Executive Order 14042?
Sigmond: The virus is moving to an Endemic stage. Deaths from COVID-19 are at 400 per day. The hospitals are busy but not in crisis, so the government is reviewing its strategy. The statement is entirely consistent with my view that the urgency was last year when the death rate was so much higher.

Third Thursday: What was your reaction when you first read the vaccine mandate from the Biden administration in September 2021?
Sigmond: When I first heard it, I thought Biden is a guy who really wants to get shots in arms. The death rate isn’t going down fast enough to suit him. The vaccine rate had just started to hit 70 percent for the first shot and he was looking for anything he could do. That was my initial reaction. That this was the sign of a guy who had a plan, and his plan was to get as many shots in arms as he could. Too many people were sick and dying.

Third Thursday: Did you think it would stand or did you suspect it would be modified?
Sigmond: I wondered at the time why the administration didn’t go through formal APA [Administrative Procedures Act] rulemaking. That would have led to a narrower, more tailored, more defensible rule. At the time, I thought he [Biden] may be sacrificing precision for speed. Rulemaking takes time, and he just may not have felt he had it. He may have been that concerned.

We had crossed the million death mark. On the same day he took office, 4,000 people died of COVID. I think that’s kind of where he was, and I don’t think he felt he had the time. But I know from my long experience in administrative law that the narrower and more tailored the rule, and the more rule making that it goes through, the harder it is to attack. I thought there were going to be attacks, and some of them were going to be effective.

Third Thursday: Fast forward to the recent ruling (prior to the Safer Federal Workforce statement) from the 11th circuit court of appeals that partially reinstated the mandate…what were the salient points and rationale?
Sigmond: The 11th circuit, in a very simple sort of way, said the procurement act and the related federal laws are not intended to be used to advance public health goals. They are solely to be used for the efficient procurement for, and on behalf of, the government. They considered the use of it for public health to be a step too far, outside the power of the executive. And to me, that’s the heart of the decision.

Third Thursday: What type of history and/or precedent were they relying on?
Sigmond: The 11th circuit went back to the history of government contracting in the United States. Which really, just as an aside, goes back to the Revolutionary War. We had government contracting before we had a government. And then we had another major step forward with the Civil War in equipping the Union Army. And if you remember your history, Grant had to go to Washington to cancel all the government contracts after he took the surrender and that’s why he was on the slow train to New Jersey when Lincoln was killed and had to turn around and get right back on the same train and come right back to Washington. He had to cancel all those contracts.

He actually turned out some incredible work—not only in government contracting, but in criminal justice as well. The Hoover Commission is where the 11th circuit went. They went back to the first principles of government contracting—which really are to protect the taxpayer. They aren’t about general government policies; they aren’t about layering on rules; they are about simplifying the procurement system to save the taxpayers money and get the government exactly what it’s trying to buy.

Third Thursday: Do you think that a public health mandate that reduces deaths and improves efficiency in the workplace is an appropriate rule for government contracting?
Sigmond: You can argue it both ways. I can’t say the 11th circuit was wrong. I think the current supreme court would uphold this. I think this would probably be the approach they took. But there are other circuits that have seen it a little differently, and they have suggested that there are broader policies available to the government in the procurement area. I think the better practice is if a government wants to look at mandates in government contracting, I think they should go to rulemaking under the APA.

Third Thursday: What lessons can construction law attorneys, and policy makers, draw from all of this?
Sigmond: We should all be reminded to go back to the first principles of the administrative procedure act. That act, which grew out of the Great Depression, was designed to make the government more nimble. It was designed to allow agencies within broad policies established by Congress to make sensible rules for the moment. Government should not be static. It should be nimble and it should be adapting.

One of the things that has caused problems for the country has been the tendency that once there’s a rule, it never goes away even though its purpose is long lost and maybe it’s time for the rule to die. Gore tried to make the government more nimble with what he tried to do as vice president under Clinton when he was trying to get rid of the useless regulations. The regulatory system is supposed to be nimble. It’s supposed to be flexible and adaptable. It hasn’t always done that, and I think we should all go back and think about that. That’s something that should be thought about in the private sector, in government, and at all levels. The APA process needs to be allowed to work and people need to really look at it and use it. Use it not only to make rules, but to get rid of dumb ones as well.

Third Thursday: What type of advice should construction law attorneys give to their federal contractor clients in regard to mandates or anything related to that?
Sigmond: The obvious answer is it depends on what circuit you’re in. It also depends on the state. For example, it wouldn’t matter what the second circuit said about a federal mandate in New York. New York City has got a rule that’s going to be upheld no matter where you go because of the deaths we saw in March, April, and May of 2020. In construction, you clearly want your workforce healthy. You don’t want people getting sick, so you may want to continue to encourage people to get the shots, even if you can’t mandate it. You may encourage them to wash their hands, to cover their mouth when they sneeze or cough, and encourage people who are not well to stay home—all of which is common sense.

Should companies look at reducing certain kinds of health coverage for COVID-19 so that the unvaccinated have to pay for the privilege of being unvaccinated? I don’t know. There’s debate about that. I’m not sure what employers are going to do, and I’m not sure that we have all the answers. Some of them are public health questions, not legal questions. What you advise your clients depends a lot on where you are located. To me, COVID-19 may begin to look more like not smoking, or diabetes treatment, where health insurers are going to be putting various incentives in front of people to do things differently.