NEW YORK – New York Attorney General Letitia James announced via press release that her office secured $125,000 from a contractor who skirted diversity requirements in the Rochester Schools Modernization Program (RSMP). The Pike Company, a construction company based in Rochester, falsely certified that it complied with state diversity requirements when it subcontracted the supply of materials to several minority and women owned businesses (MWBEs).

The Pike Company reportedly utilized non-MWBEs to procure those same materials. The Pike Company is one of ten contractors found by the Office of the Attorney General (OAG) to have violated the diversity requirements for the project to upgrade Rochester’s schools and is the most recent company to be held accountable for its violations. This agreement ends the years-long investigation into allegations of MWBE fraud in RSMP and brings the total damages and penalties secured to more than $1.3 million.

NEW YORK, N.Y. – Suffolk, A building and real estate enterprise, has appointed Tom Giordano to the role of general manager of the New York Region. In this role, he will be responsible for supporting the company’s mission and vision, enhancing internal organization processes, and infrastructure, and driving future growth in the metro area.

“I have long admired Tom for his talent, his work ethic, and his passion for all aspects of the construction industry,” said John Fish, chairman and CEO of Suffolk Construction. “I am thrilled that he will be heading up our New York office and am confident that under his leadership we will accelerate our steady upward trajectory.” 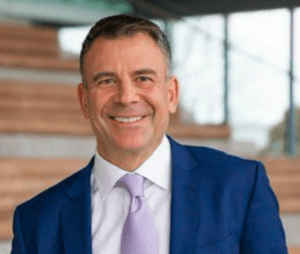 “Suffolk is making a big investment to create a significant impact in the New York market, and I am excited to be able to lead the team working to realize that goal,” said Giordano, who also serves as a board member for Construction Super Conference (CSC).

“I truly believe that Suffolk, under John’s leadership, aims to be the best builder in the country. The company’s rapid growth in the metro area and its outside-the-box thinking when it comes to technology are a testament to that effort, and we are just getting started.”

Prior to joining Suffolk, Giordano was the senior vice president and general counsel at Lendlease Construction Holdings, a national construction management company. He served on the company’s executive committee responsible for overseeing all commercial and strategic aspects of the business.

WASHINGTON, D.C. – A press release from the U.S. Department of the Treasury Department reported that Joe Biden recently released the FY2023 Budget to propose “critical investments that will prioritize security at home and abroad, bolster the economy, promote health, tackle climate change, and further opportunity for all.”

Alongside the Budget, today, the U.S. Department of the Treasury released a document to explain the Administration’s revenue proposals included in the budget – the General Explanations of the Administration’s FY2023 Revenue Proposals, or “Greenbook.” The Greenbook further describes revenue measures in the FY2023 Budget including:
• reform business and international taxation;
• raise the corporate income tax rate to 28 percent;
• adopt the undertaxed profits rule;
• provide tax incentives for locating jobs and business activity in the united states and remove tax; deductions for shipping jobs overseas;
• prevent basis shifting by related parties through partnerships;
• conform definition of “control” with corporate affiliation test;
• expand access to retroactive qualified electing fund elections; and
• expand the definition of foreign business entity to include taxable units.

ARLINGTON, VA - Construction firms added 16,000 jobs in August, according to an analysis of federal employment data by the Associated General Contractors of America.

NEWARK, N.J. - The Infrastructure Investment and Jobs Act will, like prior situations where funding has become available, expose the inadequacies of many of our states.

“Strong demand for construction is being offset by rising materials prices and labor shortages,” said Stephen E. Sandherr, CEO of the AGC

WASHINGTON, D.C. – Earlier this month, the White House released updated fact sheets highlighting how the Bipartisan Infrastructure Act is disbursing funds for all 50 states, territories, the District of Columbia, and Tribal communities.