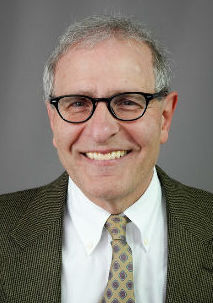 Bouncing from comedy to tragedy, the presentation covered the worst construction-related disasters, as well as miscalculations that eventually became iconic. “It would have been less expensive to bring the leaning tower of Pisa back to vertical,” explained Kalayjian, a director at El Segundo, Calif-based Secretariat, “but the lean was maintained to keep the tourists coming.”

Disasters such as the 1911 Triangle Shirtwaist Factory Fire in New York were so terrible that they permanently shaped building codes and regulations. One hundred twenty three women and girls, and 23 men, died from smoke inhalation, as well as jumping from the seventh floor.

Kalayjian routinely brings the lessons of the past to bear on current problems. With three decades of analytical expertise in the field of construction, dispute resolution, and litigation support (and much more), he oversees design and construction on a variety of projects throughout the country.

Similar to many past upheavals, the health crisis caused by COVID-19 may yet become another defining moment. At this point, it’s too early for hindsight, but Construction Super Conference (CSC) sat down with Kalayjian to get some historical context, as well as a peek at what may be in all of our futures.

CSC: How has COVID-19 affected your business life to this point?
Wayne H. Kalayjian, PE, SE, CFE, director at Secretariat, El Segundo, Calif: I have a project in New York where I’m the construction manager, and we have been flat on our back since mid March. We have not been able to restart, and everything has come to a stand-still. Work has stopped. Payments have stopped. Inspections by third parties have stopped and it’s a mess.

CSC: What other issues are you seeing?
Kalayjian: Here at Secretariat, we are getting inquiries for assistance in helping contractors prepare claims for delays in direct response to COVID. For example, I had to stop in my tracks and for two months I’ve been out of commission. It’s impacting all my schedule, all my supply chain, and it’s going to obviously delay my project.

CSC: What types of conflicts are inevitable?
Kalayjian: When the owner gets these kinds of claims, the first thing he might say is, ‘Well, you were delayed anyway, and you’re using this [COVID] as a convenient excuse—as a convenient way of disguising, overlooking, or ignoring all those other delay impacts.’ How does an owner know that the contractor has isolated the impact of COVID-19 on its schedule vis a vis its other delays, because invariably that’s going to be a big issue.

CSC: What about the cost side of the equation?
Kalayjian: You’ll get the same thing on the cost side, but it’s not as clear cut yet because we haven’t had enough time for the costs to accumulate for us to understand the true cost impact—but that will come. There will definitely be big cost and schedule impacts of COVID-19. Some are going to be easy to quantify immediately, and most are not. We won’t be able to fully see the impact for several more months.

CSC: How will contractors and owners come to an amicable reckoning as to the real causes of delays?
Kalayjian: There is a recognition that there are impacts, but it’s too early to know what they are, and that is common in any construction project where you think you’ve been delayed by additional rain, or impacted by a labor issue. You won’t really know all of the impacts until you get closer to the finish line and assess the impact of that event vs everything else that was going on in the job.

CSC: What are the issues caused by the pandemic?
Kalayjian: You have schedule issues, supply chain issues, labor availability issues, and cost issues. Can I even get the material anymore and how much is it going to cost? And it can go the other way. If projects are dead in the water, maybe a vendor is going to give you a better price for steel this month if you can guarantee the order, because all the other orders are at a stand-still.

So you might be able to get some pricing breaks in the short term. In the long term, if it effects the macro economic conditions, then obviously the availability of labor and equipment is going to increase and prices might decrease. But we don’t know yet because it’s too fluid.

CSC: What will the pace of work look like when we get back to it?
Kalayjian: It’s not as if we are going to flip the switch and go right back to full capacity. It’s going to be a slow and gradual process. If you had a productivity rate where you were able to erect steel at so many pounds per week, or install concrete at so many cubic yards per day, you’re not going to be able to do that just because the governor has said you can go back to work.

CSC: What are the right types of questions to ask to maximize your chances of getting back to full capacity?
Kalayjian: You’ve got to go back to your supply chain, go back to your fabrication shop and say, ‘Ok, where are you in terms of fabricating my girders? How much time will it take for you to get back refabricating, painting, and delivering it to my site?’ That’s going to be a slow process. Even if you did have 100% of the steel at a site to install on day one of reopening, how can you guarantee that the contractor is going to have all of the steel erectors on site? They won’t.

They will have a smaller crew, and then it will take several weeks for the contractor to get the crew size back to where it was at the time of shutdown. The production rates are going to be different from pre shutdown to after shutdown. You need to be able to say, ‘Now that the project is back in full production, let’s look at that period of impact between March and name the date.’ It could be May, June, July, or August. Who knows? It’s too soon to say. But the impacts are going to be big, and every project will be affected.

CSC: What’s the silver lining in all of this?
Kalayjian: Let’s say you were working on a big highway project or an airport project where you’re doing a ton of work, and your work plan must consider operations. You can’t shut an airport down to build a new terminal or tarmac or subway system. Passengers, pilots, mechanics, and airport personnel all must be considered. As a result, your cost and your schedule will be longer due to the necessity of working around the traffic. But now we have a situation where airports are pretty much shutdown. Suddenly you may be able to finish the work a lot sooner, and maybe for less money.

In certain projects, especially public works, you’re dealing with a lot of surface traffic and freeway traffic or airport use—which suddenly is not in use. It’s a once-in-a-generation, if not once-in-a-lifetime opportunity for some projects that are well prepared and well along and can get their act together—to have much higher productivity than they ever anticipated, because the public is not in their way. So there is a silver lining to some of this, but by and large it’s not a happy experience.

CSC: As a student of history, what pandemic parallels jump out from the past?
Kalayjian: If you go back to the middle ages during the plague, disease would wipe out half of the population and with it the entire construction force for many of these medieval cathedrals. The cathedral in Siena, Italy [halted by the “Black Death” in 1348] was unfinished because of the plague. There is expense associated with the loss of tax revenue that comes from job loss or death. People aren’t around, they lose income, and projects don’t get done. These kinds of jolts have an economic impact, as well as a labor impact. On the Panama Canal, malaria and yellow fever were devastating to the work force and our medical knowledge was nothing compared to what it is now. As frightening as COVID-19 is, imagine what it would have been like 100 years ago.

CSC: What about the culture of construction keeps many projects going forward during tough times?
Kalayjian: There is a certain level of machismo involved with being a construction worker. It’s a source of pride to be tough, so they don’t always practice the latest medical guidance. They might have a higher rate of exposure in that case, but they do work outside and it’s not in the nature of their work necessarily to work side by side.

They tend to have more distance between them in the field. It’s rare to see people bunched closely together on a construction site. While they may not have the safest of practices in the culture, I do think employers are going to require precautions more strenuously than in the past. The nature of their work does not put them in the same risk as other workers who are inside, in elevators, and in closer spaces.