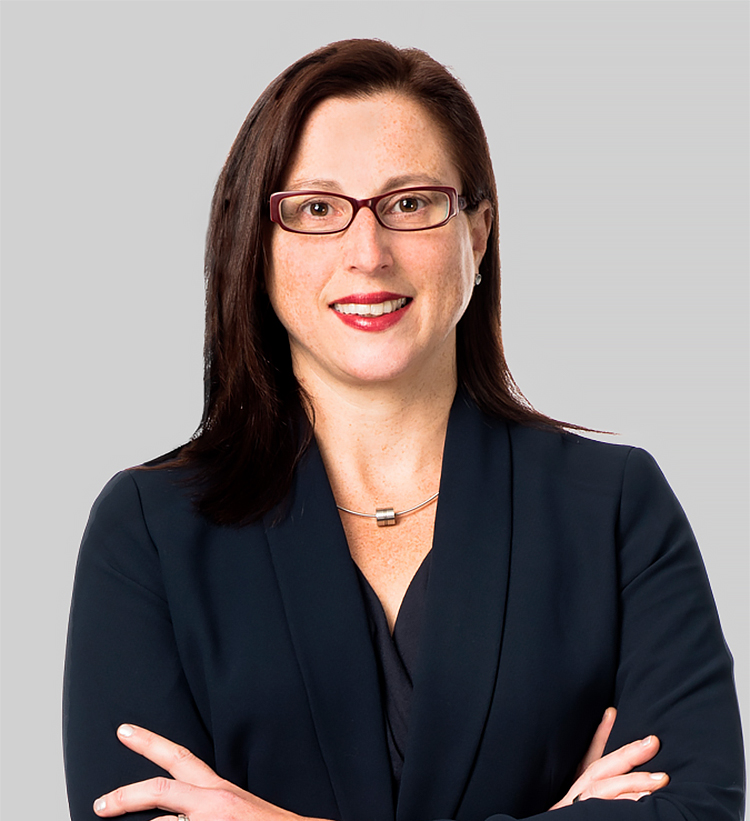 Third Thursday asked various friends of Construction Super Conference for their reactions to the ruling. Sentiments ranged from positive to negative to neutral. The comments are relayed here in alphabetical order.

“For the construction industry, the Supreme Court’s decision is a win because of the significant additional costs the vaccine mandate would have imposed on projects. Project budgets and pro formas are already stretched thin due to supply-chain disruptions and cost escalation. Many employees within the construction industry remain unvaccinated. In markets in which it is already very difficult, even without a vaccine mandate, to find enough skilled staff and craft workers, the vaccine mandate would have been devastating to many projects, especially when COVID-19 tests remain scarce.” — Henry C. Bangert, BBG Construction Law, Greenwood Village, Colo.

“Today, the Supreme Court stayed the OSHA ETS mandate, and sent a strong signal that the Court would not sanction a broad vaccine or test requirement for workplaces outside of health care. Because the Supreme Court also stayed the injunctions that stalled enforcement of the CMS mandate applicable to facilities that receive Medicare and Medicaid funding, participating health care employers that did not previously implement vaccine policies will need to act quickly to come into compliance and avoid potential enforcement action.” — Catherine Barbieri, partner at Fox Rothschild and co-chair of the firm’s Labor & Employment Department

“One of the more difficult challenges we face as attorneys when providing guidance to clients is respecting the boundary between personal beliefs and those that are driven by federal, state, and local laws. For me, this challenge has been highlighted when providing COVID-19 guidance to my clients. The recent decision by the Supreme Court of the United States blocking the current administration’s vaccine mandate did not come as a surprise, even if it was disappointing to read. While I personally support vaccinations, I respect that many in society want a choice on the decision to or not to vaccinate. The proposed mandate that SCOTUS rejected gave individuals a choice – either vaccinate or test. Unfortunately, the SCOTUS decision leaves states and businesses to enact their own requirements to protect employees and customers. By doing so, I believe SCOTUS is only making it more difficult for the United States to find a unified response to the COVID-19 pandemic by making it more politicized.” — Todd Bressler, chief legal officer, BERNARDS

“As we learned from oral arguments in this case, Justices were mostly concerned about whether Congress sufficiently authorized OSHA to impose the vaccine or testing mandates. Obviously, the Court concluded that Congress sufficiently authorized the Department of Health & Human Services to impose mandates on health care facilities that receive funding from Medicare or Medicaid, but did not sufficiently authorize OSHA to impose broad vaccine or testing mandates on large employers. The Court did, however, leave the door open for the Biden Administration to more narrowly tailor the vaccine mandate to more at-risk occupations. Until then, what matters now for the construction industry is that without a single federal mandate, construction firms are left to navigate a mishmash of private and local mandates, which can be unwieldy. In any event, the economy, and especially the construction industry, would benefit from defeating COVID. And the vaccines help do just that.” — Peter W. Hahn, partner, Benesch Law

“In oral arguments the Supreme Court seemed highly skeptical of the vaccine mandate put into place through OSHA by the Biden administration. The conservative majority seemed to question whether Congress had really delegated this much power to OSHA, when it gave it the ability to regulate toxic substances in the workplace. The justices questioned whether this wasn’t a vast increase in administrative power, because it regulates worker conduct outside of the workplace. Further, this rule was put into place on an emergency basis circumventing the normal rule making procedure of OSHA. It begs the question, is this really an emergency or crisis since the pandemic has been going on for over a year now. In addition, the justices raised practical issues like the unavailability of tests and the shortage of workers. On the other hand, the Liberal Justices argued that the Chevron Doctrine required the court to defer to the interpretation of the administrative agency. The court’s opinion was fair and nuanced, on the one hand striking down the vaccine mandate through OSHA, but upholding it for healthcare workers. We can look to more challenges to the Chevron Doctrine in the near future.” — Mike Heitman, Nason Yeager, Palm Beach Gardens, Fla.

“The Supreme Court rulings do not end the legal battle concerning mandated COVID-19 vaccination and other related mandates. The rulings granted stays to implementation by OSHA of vaccination and test mandates. The ultimate issue though of whether the U.S. Secretary of Labor lacked authority to impose the OSHA mandates will be determined by the Sixth Circuit Court of Appeal (and ultimately may be back in front of the Supreme Court). I would find it unlikely though that the Supreme Court would reverse its course on this issue if the issue is ultimately back before them.

“My personal reaction is that this is a good ruling. Employers should be free to police themselves on this issue. There is nothing preventing employers from implementing their own vaccine and testing mandates. For some, such mandates will be appropriate and should be considered. For others, it is not appropriate and this ruling will help those employers navigate this issue more freely. — Christopher M. Horton, partner, Smith, Currie & Hancock LLP, Fort Lauderdale, Fla.

“It would have been very hard for businesses, and large ones at that, to monitor and enforce this mandate. It was wise for the Supreme Court to block the mandate, since it would have raised a number of unintended consequences and would only add more confusion (and frustration) to an already confused landscape.” — Wayne Kalayjian, managing director, Secretariat

“On a personal level, I am disappointed. Everyone needs to be vaccinated. On a legal level, I agree.”
— Michael F. McKenna, partner, Cohen Seglias Pallas Greenhall & Furman, Newark, N.J.

“The Supreme Court’s decision placing a stay on OSHA’s vaccine-or-testing mandate distinguishes between ‘occupational safety and health’ and ‘public health’. This idea that COVID-19 is a general risk to the public, and not specifically related to the workplace, mirrors conversations we’ve had with contractors about potential claims alleging exposure at workplace, and the difficulty of being able to prove where the disease was contracted. In many circumstances there may be an increased risk of exposure in the workplace, which could potentially lead to liability, and could weigh in favor of taking action like requiring vaccines and testing. The court, however, determined that OSHA’s indiscriminate approach was an administrative overreach.” — Michael V. Pepe, Saxe Doernberger & Vita, P.C.

“I have read the Fifth Circuit’s opinion, the Sixth Circuit’s opinion and now the Supreme Court’s opinion on the OSHA vaccine mandate. And as Justice Gorsuch correctly asked, ‘Who decides?’ Who decides which employers must force their employees to be vaccinated or tested on a regularly basis? The federal government? If so, based on what limited power? Or is it state and local governments, who hold all power except that which is specifically reserved to the federal government under the Constitution? In fact, as we already know, employers have that power already. So the primary issue is not what public policies should or could be implemented to combat COVID-19, but who should decide what those policies will be. One thing is clear from my review of the opinions, OSHA is not the right agency to mandate public health policy because the mandate it sought to impose far exceeded its statutory authority to regulate work place safety.

“Under the Constitution, and as discussed by both the Fifth Circuit and the Supreme Court, the states primarily are empowered to make such public health policies, not the federal government. Further, most employers I know are having a hard enough time staffing their projects or shops and the OSHA mandate created just another challenge that had additional consequences. So my view of the matter is that the Supreme Court reached not only the right conclusion, but the predicable one. Cities and states properly will decide the issue. — Edward Seglias, senior partner and vice president, Cohen Seglias Pallas Greenhall & Furman, Newark, N.J.

“I feel this ruling was meant as a message that the Court will look to balance the physical welfare concerns with the broader economic welfare concerns at play, without allowing executive overreach. Though I also think that by allowing a medical professional mandate to go through, a further signal was sent; that the Court is nonetheless cautiously aware of the emergent times we are in and willing to stay out of the way of more narrow uses of executive powers.” — Alexander F. Spilberg, Cohen Seglias Pallas Greenhall & Furman PC, Newark, N.J.

“The Supreme Court made the right call. There is good reason to expect the administration’s OSHA vaccine mandate will not pass legal muster and pausing it now will protect countless firms from the inevitable harm the mandate will cause. Moving forward, we will focus on ensuring our legal challenge is successful.  In addition, we will continue our efforts to encourage more workers to get vaccinated, including releasing a new series of Spanish language Covid vaccine PSAs to compliment the English versions we released at the end of last year.” — Brian Turmail, vice president, Public Affairs & Strategic Initiatives, Associated General Contractors of America, Newark, N.J.

“SCOTUS just put the health of American workers seriously at risk. Looking at the construction industry, this ruling is likely to result in more construction workers getting sick from COVID and spreading COVID to others as the current variant apparently is much more transmissible than previous variants. At the project level, should this occur, the result will be productivity loss and project delay.

“As this ruling apparently applies only to government mandates, it seems that employers can still mandate the ‘vaccinate or test’ rule for their employees. This may result in multiple lawsuits from employees against their employers for failing to protect their health while on the job if employers do not take action. There is also a potential for OSHA legal action against employers under other OSHA regulations should employers not adopt their own policies and many of their employees be infected and hospitalized.” — James G. Zack, Jr., principal, James Zack Consulting, LLC, Johnstown, Colo.